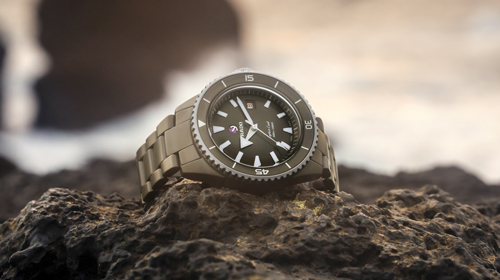 Rado is the official timekeeper and title sponsor of the EFG Swiss Open Gstaad ATP tennis tournament. Through this cooperation, the watch brand, which already partenrs a number of renowned tournaments, is further expanding its commitment to the world of tennis. The EFG Swiss Open Gstaad is regarded as the oldest tennis tournament in Switzerland and has an impressive history dating back to the very first serve there in 1915.

For the next edition of this tournament, which will take place from 17 to 24 July 2022, Rado will provide accurate timekeeping and will be present on the centre court with large corner clocks. Tennis and watch fans will also be able to check out the current collection at the Rado booth in the tournament village and keep an eye on the time remaining before the next match with the corner clocks.

The watch brand has been involved with the sport for more than 30 years and has a long tradition of sponsoring international tournaments. Rado’s international brand ambassadors include Australian tennis player Ashleigh Barty who recently announced the end of her active career a time when she was number one in the world. She joined Rado in 2017 as a YoungStar and rose to the top during her partnership. With this programme, Rado coaches and supports up-and-coming tennis players.