Breguet | Continues its links with the arts 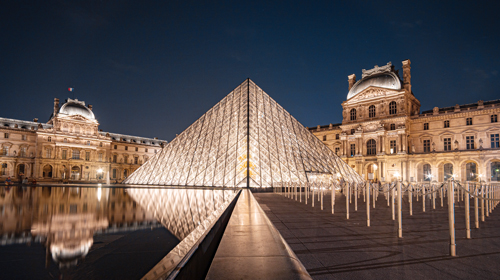 Cultivating close ties with the art world since its very origins, the watch Maison has inspired many creators and writers. It has consistently perpetuated this link by associating itself with the Louvre, the Teatro Real, Carnegie Hall and recently with Frieze, the global platform for modern and contemporary art.

Marie-Antoinette, Napoleon, Winston Churchill... The famous customers who have marked the history of the brand are known to all. On the other hand, its proximity to the artistic world is more confidential. Writers, musicians and painters have punctuated Breguet’s high points. Some evoked Breguet in their works, others were customers or simple admirers.

In 1842, in his novel La Rabouilleuse, Honoré de Balzac featured a creation by Abraham-Louis Breguet. This was not an isolated case, and Balzac was not the only writer to refer to the brand: Victor Hugo, Leon Tolstoy, Alexander Pushkin, William Makepeace Thackeray, Mérimée, Jules Verne and even Stendhal quoted or were inspired by the watchmaker.

What better advertising could there be for the brand? Long before the age of product placement, the company was featured in various works that were to become references in world literature. Breguet was so deeply ingrained in European culture that its name naturally asserted itself, particularly when describing the aristocracy, the bourgeoisie or simply a luxurious and refined world.

Today, the Manufacture wishes to perpetuate the links it has forged with the artistic world. To this end, it develops collaborations with institutions that contribute to the influence of history and culture throughout the world. Such is the case with the Louvre, which has been part of the brand’s universe since the beginning.

It was therefore only natural that the longstanding ties with the Louvre Museum should continue in our time. Thus, in 2009, a patronage project was launched under the impetus of Nicolas G. Hayek: this followed the renovation of the Petit Trianon, in tribute to Marie-Antoinette. The objective this time was to renovate the Louis XIV to Louis XVI rooms in the Cour Carrée (Square Court) of the Louvre. These rooms, which housed the entire collection of 18th century artefacts, had been closed to the public for ten years. Fully restored and covering an area of approximately 2,500 sqm, they now offer a completely redesigned museographic and educational tour. This redeployment of the collections enables the works to be integrated within unique palatial architecture offering a blend of visibility and clarity.

Another project has been undertaken in Spain, where Abraham-Louis Breguet had established strong ties since 1798. The Breguet brand has been supporting Madrid’s emblematic Teatro Real since 2014. Located near the Royal Palace, it has a rich heritage that began during the reign of Philip V in 1738. Since then, both the productions hosted by the theatre and its patrons have shaped the legend of one of Spain’s most prestigious cultural institutions.

In 2012, the brand continued its actions in favour of the arts, but this time with a focus on the United States. The partnership between Breguet and Carnegie Hall was sealed at the launch of the music season. This major cultural venue, which was founded in May 1891, stages top-flight performances by established artists who have made history as well as promising new talents in the world of music. This institution has also welcomed many famous people who were clients of the brand. Such was the case of pianist Arthur Rubinstein, owner of pocket watch no. 1682.

In 2022, Breguet is marking a new stage in its desire to collaborate with the world of art. The watch manufacturer is proud to be a sponsor of Frieze, one of the world’s most important contemporary art fairs. In just a few years, this global platform has established itself as one of the international leaders in its field. Renowned for its creative and innovative spirit, the event immediately appealed to the brand, which recognises the common values between the two entities. Each year, Breguet will collaborate with an emerging or established artist, who will be inspired by the brand’s rich history to create a work that will be exhibited on the brand’s booth at the fair. This year, Argentinean artist Pablo Bronstein has been chosen. Bronstein’s dreamlike baroque work inspired by the 18th century is particularly interesting for Breguet, as it further reinforces the avant-garde nature of the company’s founder.

This work was presented on the Breguet stand at Frieze New York, which took place in May. The event brought together some 65 internationally renowned galleries. Pablo Bronstein’s work will continue to be shown at Frieze Seoul (2-5 September 2022) and Frieze London (12-16 October 2022).