Blancpain | Ocean Photographer of the Year 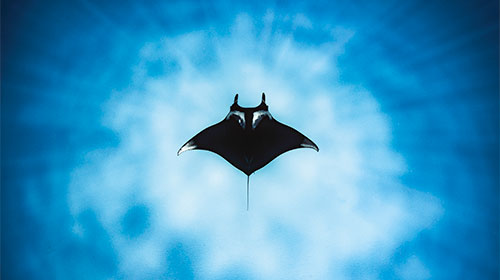 The 2022 Ocean Photographer of the Year (OPY) competition has drawn to a close with some stunning undersea images taken across the planet by dozens of talented photographers. Blancpain and Oceanographic Magazine have revealed the names of the winners in all categories of the competition, including for the Female Fifty Fathoms prize awarded by the brand.

The partnership between the watchmaker and OPY is part of the Blancpain Ocean Commitment, which brings together all the brand’s initiatives to protect the ocean. The programme comprises three separate yet interrelated parts: raising awareness of the beauty of the oceans; scientific research into ecosystems and undersea phenomena; and introducing tangible initiatives for conservation, such as the creation of Marine Protected Areas (MPAs). Through the OPY competition, Blancpain and Oceanographic aim to reveal the splendour and fragility of the oceans to a wide audience. A powerful medium for conveying emotions, undersea photography has been an integral part of the watchmaker’s ocean initiatives for nearly 20 years.

The 2022 competition was judged by a panel of acclaimed photographers and videographers. Over 5,000 candidates submitted photographs (compared to around 3,000 last year) across all OPY categories (Wildlife, Fine Art, Conservation Hope and Conservation Impact, Adventure, Portfolio, Young and Human Connection).

The competition’s grand prix was awarded to Ben Thouard (France), along with the accolade of Ocean Photographer of the Year 2022. Based in French Polynesia, Ben Thouard was unanimously chosen for his breathtaking image of a surfer riding one of the world’s largest and most famous waves, Teahupo’o.

The second Female Fifty Fathoms Award (FFF) was won by Australian photographer Brooke Pyke. Launched last year with the aim of encouraging women to share their perceptions of the undersea world, submissions in this category doubled in 2022 compared to 2021. In accordance with the FFF award regulations, Brooke Pyke was nominated for the competition by a third party who admires her work and commitment to the ocean. As for all FFF nominees, her pictures (10 in total) were not only judged by the OPY panel, but also by a Blancpain delegation led by the President and CEO, Marc A. Hayek.